Enclosed are a couple of snapshots of our Australia Desk team getting up close with the former Prime Minister. 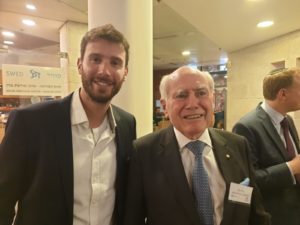 The double tax treaty between Israel and Australia has come into force on January 1, 2020

Australia and Israel Enter into a Tax Treaty.

Gornitzky hosted the opening session of an Australian delegation