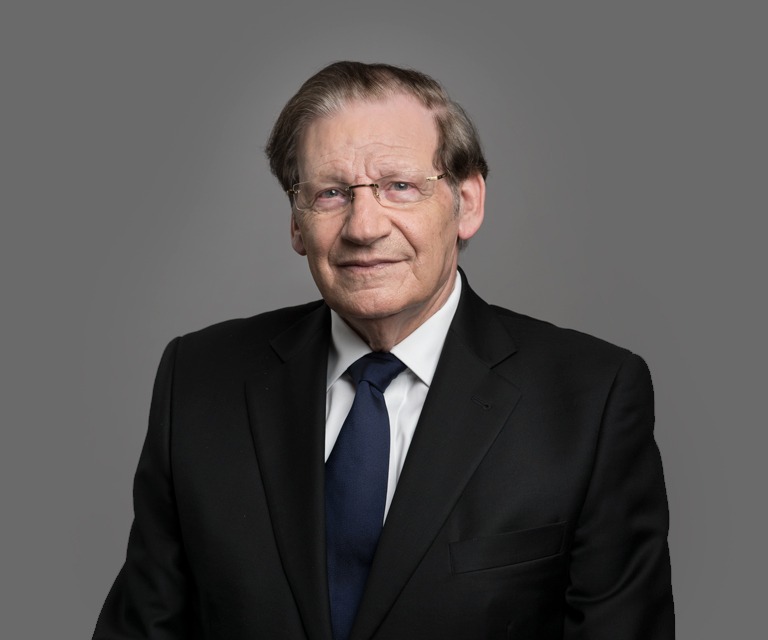 Chambers Global
Chambers Global identified Zvi Ephrat as one of Israel's key Banking & Finance lawyers, noting the regard of his peers for his experience in the banking sector.

The Legal 500
The Legal 500 recommended Zvi Ephrat as a Corporate and M&A lawyer, noting his key role in a recent high-profile reverse triangular merger.

Zvi Ephrat served as a Senior Partner at Gornitzky & Co. from 2001 (when the firm he founded and led, Ephrat Smith & Co., merged with Gornitzky) until 2017.

Zvi specializes in M&A, corporate structuring, banking and finance. His clients range from multinational public companies to private family owned companies. His unique skill lies in his ability to draw on his many years of experience in international law and banking to assist his clients both as a business advisor and a lawyer.
A significant part of Mr. Ephrat’s practice is serving as legal counselor on personal and commercial matters to one of Israel’s leading business families. In this capacity, Zvi Ephrat provides both legal and business advice to the companies and shareholders of this major conglomerate. He also represents and helps to structure the conglomerates various subsidiaries. Additionally, he has assisted the conglomerate’s related companies in shipping, regulatory and antitrust matters, technology investments, corporate finance, manufacturing and energy, amongst others. He also regularly advises various public Israeli companies.

Zvi Ephrat has served as a Director of the following companies:
Granite Hacarmel, (Israeli Public Company) and its subsidiary Sonol 1982-87 – as Senior Representative of Bank Hapoalim;
Ampal, (US Public Company) 1983-1987 – as Senior representative of Bank Hapoalim;
Bank Hapoalim (Switzerland), 1982-1987 – also served as a Director of two other Bank Hapoalim subsidiaries;
Bank Mizrachi 1995 – present, also serves as a member of the Credit Committee;
Chairman of the daily newspaper Davar Rishon from 1995 – 1997.

Public Service
Prior to joining the firm Zvi Ephrat served at senior levels in various public and private institutions. While serving as the Head of the International Law Department of the Military Advocate-General Unit of the Israel Defense Forces, Zvi Ephrat participated in negotiations with Egypt on the signing of the Interim Agreement as well as the Peace Treaty. Zvi Ephrat participated in meetings with President Sadat and President Carter in the White House and represented the Israeli government at international legal conferences. He also drafted the entry in the Hebrew Encyclopedia entitled “Laws of Armed Conflict”.

From 1978 to 1982, Zvi Ephrat served in the legal department of the Secretariat of the United Nations in New York. During this time, one of his main focuses was legal advice to multinational financing projects in developing countries. During his tenure in the UN, Zvi Ephrat’s legal opinions were published in the “UN selected Legal Opinions.”

Banking
From 1982-1987, Zvi Ephrat held a senior management position at Bank Hapoalim, where he was involved with the management of the international subsidiaries and activities of the bank. Zvi Ephrat was appointed to serve as a director of two companies in which the bank had significant investments and regularly handled large financial international and local transactions.

Private Practice
Since 1987, Zvi Ephrat has been in private practice. Some of the significant transactions which he has been involved in include:
The privatization by acquisition of one of the largest shipping companies from the Israeli government;
Investments in public semiconductor company and the subsequent financings and refinancing of its growth;
Acquisition of a large Israeli real estate public company;
Acquisition of a public cable manufacturing company and the subsequent sale of its activities to an international competitor;
Established venture capital funds.

Completion of the Separation Transaction between Ofer Group’s “Real Holdings” and “Financial Holdings”.